This month’s wine club selections hail from Chile – a land of good and affordable wine! 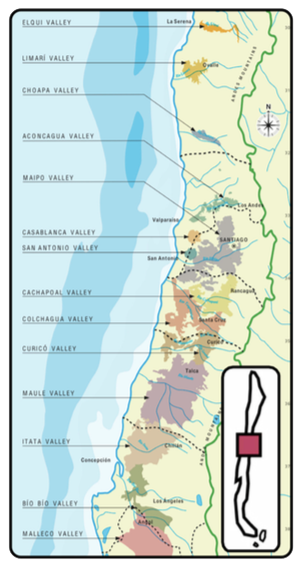 You’ll see that the majority grape in both blends is Carmenère. This not-so-well known grape originated from Bordeaux, although the French very rarely use it in their red blends. It’s most widely planted in Chile, where European immigrants planted it in vineyards along side of other European vine clippings. Initially the vine was frequently confused as Merlot (they often share similar visual and flavor traits) and eventually the distinction was lost; for about a century, Carmenère was believed to be Merlot!

It wasn’t until genetic research in 1994 proved the difference, and now Carmenère has become one of Chile’s flagship grapes. Here, it favors Central Valley’s warm climate (see map below) to produce single varietal or blended wines. Depending on how ripe the grape is at time of harvest, the resulting wine will display notes of green pepper, smoke, tobacco, cherry and/or baking spices. Although both of this month’s wines are blends, the dominant traits of Carmenère are evident.

Suggestion food pairings for Carmenère in varietal and blended versions include chili, stews, BBQ, grilled meats, Tex-Mex and rich cheeses such as cheddars and goudas. 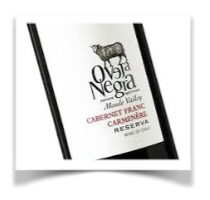 Oveja Negra has been producing affordable and tasty red and white wines since 1994. This particular blend has long been a Chilean favorite of mine – in fact, I used to sell it several years ago as a sales rep!
The vines are planted in Chile’s first distinct D.O. – the Maule Valley – where Chile’s first vines were planted in the late 16th century. Of Chile’s several D.O.’s, the Maule Valley has the greatest geographic diversity, with a Mediterranean-style climate of warm, dry summers and winter rainfalls.

Winery notes:
“Aromas of red and black fruits such as cassis, plum, blueberry, and prunes with black pepper and a bit of spice nicely blended with a light touch of oak.” 40% of this wine was aged in used French oak barrels. 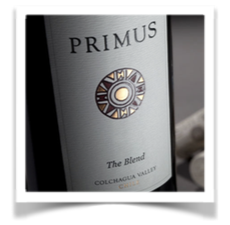 The Colchagua Valley is another sub-region within the Central Valley. As in the Maule Valley, the Mediterranean climate presents an ideal growing climate for rich red wine grapes such as Carmenère, Cabernet Sauvignon, Cabernet Franc, Malbec and Syrah.

Primus wines are part of Veramonte winery, which was created by Chilean
wine pioneer Agustin Huneeus. In the 1960’s, Huneeus was the majority
owner of Concha y Toro – now a massive winery that helped to put Chile on the world wine map. During Chile’s political instability he moved to California in the 1970’s and continued to advance in the wine industry. (He now owns Quintessa and Flowers wineries.) When he returned to Chile in the1990’s, he recognized the promise of the Colchagua valley and there established the Veramonte winery; total Colchagua vineyards acreage went from 100 acres to over 100,000 acres in less than 20 years! Although Veramonte is now a giant in the Chilean wine industry, their wines are of good quality and value and show the true expression of Chile’s grapes.

Wine Spectator 93 points:
“Lots of dark berry, licorice, mint and terra cotta aromas. Full body with fine tannins and a balsamic and dried berry character in the aftertaste. Real balance and drinkability to this.”

We are hiring!Click here to apply!
+