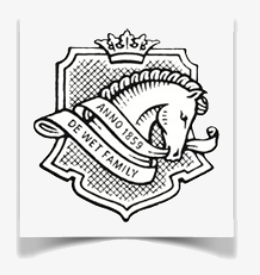 history
In 1679 Jacobus de Wet immigrated from Holland with the Dutch East India Trading Company, where he was of the first people to ever to make wine in not only South Africa, but the southern hemisphere. Several generations later in 1859, Koos De Wet moved to Robertson to establish the Excelsior estate, where he and his family made wine and raised horses. (In case you were interested in some good old-fashioned gossip, the reason behind the move is because ol’ Koos ran off with his brother’s fiancé – and was no longer welcome by his family…) Today, Freddie de Wet and his son Peter de Wet run the winery, where both wine and horses remain a mainstay of their estate. Their wines are exported to over 20 countries. Also of note: a couple de Wet family members reside here in the Bluegrass where they are involved in the horse community. They also owned a wine importing and distribution company.

Robertson Wine Valley “Valley of wine and roses”
This dry region is nicely suited to grow quality wine making grapes. Hot days and cool nights produce a diurnal temperature variation where the grapes have a chance to cool down overnight, letting them retain acidity while still developing rich flavor profiles from the daytime heat. Winters are relatively cold, allowing the vines a period of dormancy before the next growing season. Roses are also an important part of the local economy, and the valley is called by locals as the “valley of wine and roses.

Over the years wine production shifted from industrial scale bulk juice to boutique winery quality crafted wines. The Robertson Wine Valley is traditionally known for its white wines – most notable Chardonnay, Sauvignon Blanc and “methode cap classique” (Champagne- style sparking wine), but shiraz and cabernet sauvignon are making significant in-roads. Perhaps most the most famous winery (to Americans) is Graham Beck – who is also a major player in the South African horse industry. (This family owns Gainesway thoroughbred horse farm here in the Bluegrass.) 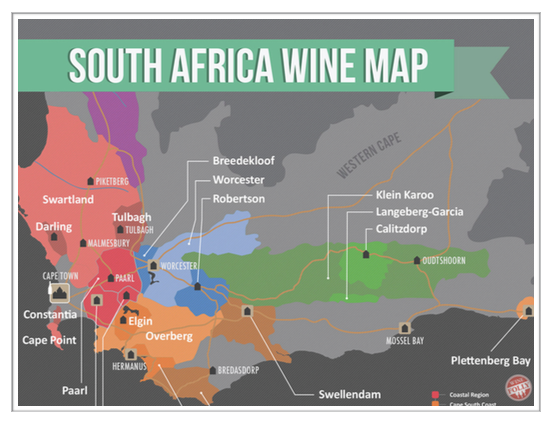